Today my friend Shirley Mayhew turns 90. If I don’t finish this post PDQ, I’ll have to say yesterday.

I’ve met many, many amazing women in my life, but Shirley is near the top of the list. Shirley moved to Martha’s Vineyard, the young bride of island native John Mayhew, in 1947. That’s the year my parents got married. I was born four years later. I didn’t lay eyes on Martha’s Vineyard till 1965. I didn’t move here (for a year, just for a year) till 20 years after that.

If anyone calls Shirley a wash-ashore, I might have to take up dueling. 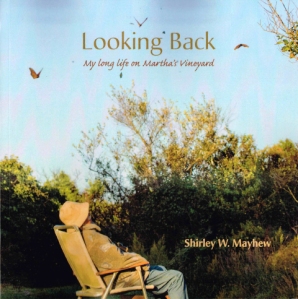 For the last several years Shirley and I have both been in Cynthia Riggs’s Sunday night writers group. This is how I first heard most of the essays in Shirley’s wonderful collection Looking Back: My Long Life on Martha’s Vineyard (2014).

If you’ve any interest in recent or not-so-recent Vineyard history, you need this book.

When you’ve got someone who’s that observant, has been around that long, and writes that well, you’ve got a treasure on your hands.

Plus Shirley is just plain cool. I’m glad to know her, and I’m glad she knows me, and if I ever grow up, I hope I get to be like her. 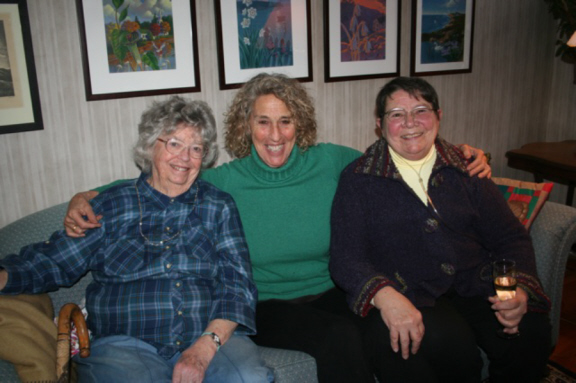 Susanna edits for a living, writes to survive, and has been preoccupied with electoral politics since 2016. She just started a blog about her vintage T-shirt collection: "The T-Shirt Chronicles." Her other blogs include "From the Seasonally Occupied Territories," about being a year-round resident of Martha's Vineyard, and "Write Through It," about writing, editing, and how to keep going.
View all posts by Susanna J. Sturgis →
This entry was posted in Martha's Vineyard, writing and tagged history, Shirley Mayhew, West Tisbury, year-rounders. Bookmark the permalink.