The best March ever in my license plate game has made up for the worst January ever. Twelve new sightings in March! Today, the year-to-date total stands at 27, one ahead of a year ago’s tally and exactly the same as the year’s before that.

Spotted in March were, in order, Florida, Pennsylvania, Idaho, Delaware, Georgia, South Carolina, Wisconsin, Maryland, Colorado, Michigan, Washington, and Ohio. I’ve actually seen a second Delaware, which is usually the most elusive of the East Coast states, and I must have missed a few Marylands before March, because Maryland never really goes away. 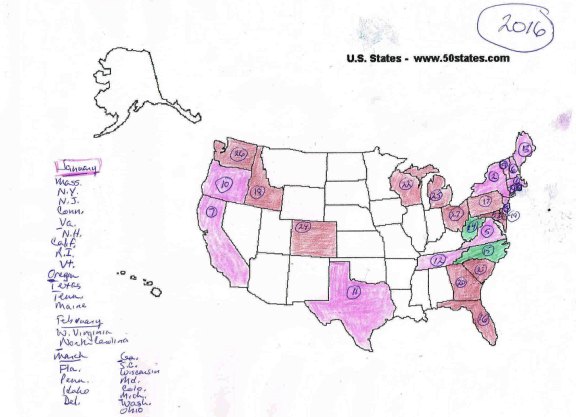