Technophobia in the Time of COVID-19

I had a strong hunch three days ago when I posted “Life in the Time of COVID-19” that this was not a one-post topic. It’s not. Since I’ve been working from home as a full-time freelance editor for more than 20 years, and since temperamentally I’m inclined in a social-distancing direction, my routine hasn’t been seriously interrupted — yet. However, the changes are already noticeable. 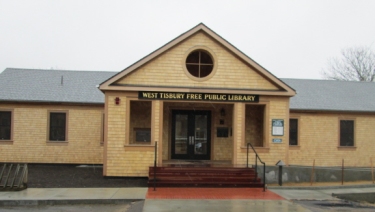 My library, shortly after the renovated, expanded building reopened in March 2014

For instance, I just picked up a book I requested through CLAMS (the Cape & Islands regional library network) from the Commonwealth Catalog (aka ComCat; the statewide version). Ordinarily I would go into the library, retrieve my book or DVD from the “hold” shelf, and check myself out with my CLAMS card. Thanks to COVID-19, the library is closed — but they’re doing curbside pickup for requested materials. So I drove up and tooted my horn, then a staffer came out (in the rain), asked my name, and retrieved my book (William Harris’s Lebanon: A History, 600–2011, in case you’re interested). I showed my CLAMS card, she passed the book through the window (under Tam’s nose), and off I went.

Turns out I was lucky: ComCat shut down as of yesterday, many libraries are closed, and that’s the end of inter-library loan for the duration. Returns aren’t being accepted either, so everything checked out is in your care till “the duration” is over.

I had a dental implant week before last. The dentist’s office called yesterday to remind me that I’ve got a short appointment Saturday morning to have the stitches removed. That much was routine. The caller asked me not to come if I had any symptoms (I don’t) and assured me that patients were being scheduled so that there would be no one else in the waiting room. That was new. OK, I’m ready.

I made that appointment for 8:45 a.m. because I expected to be at West Tisbury’s Democratic town caucus when the doors opened at 9:30. The doors won’t open at 9:30 because all town and precinct caucuses have been suspended by the Massachusetts Democratic Party (aka the MassDems). As yet we have no idea how we’re supposed to choose delegates to the state convention on May 30, and who knows whether the convention will go on as scheduled.

My car is supposed to get inspected this month. Are they still doing inspections? There’s a weird rattling noise when I start the car that goes away after a few seconds — is my mechanic’s shop open?

I’ve got an appointment with a tax preparer on March 30 — is that still on? Are taxes still due on April 15?

A Smith College senior was coming to interview me on Friday about my history as a lesbian and feminist activist, and about gay/lesbian life on Martha’s Vineyard. She texted yesterday that she couldn’t come in person, her college is moving to online instruction, and could we set up a virtual interview for next week? Sure, I said, and asked if Zoom would work. It would; we’ll schedule a date and time later.

I’ve done plenty of online meetings, workshops, and webinars with Zoom and other conferencing apps. In a couple of hours I’ll be attending one on “Concentrated Power & Coronavirus” set up by The American Prospect (to which I subscribe) and the American Economic Liberties Project. I’m no expert, but the technology is familiar to me and I’m confident in my ability to make it work.

This weekend I was reminded that this is not true for everybody. My writers group meets every Sunday night. At 68, I’m one of the younger members, and at least one of us is immuno-compromised. So meeting in person, F2F (face-to-face) in current idiom, was obviously contraindicated not only for Sunday night but for “the duration” of the shutdown, lockdown, social-distancing mandate, whatever we’re living with. In an email thread Sunday afternoon we brainstormed ways to keep sharing work . . .

And we got pretty much nowhere. We got pretty much nowhere because our collective unfamiliarity with digital technology verged on technophobia and arguably crossed the line. In our group, each of us each week brings copies of part of a work in progress, we read it aloud (or have someone else read it) while the others mark up their copies of our work, we discuss it, and finally we hand our marked-up copies back to the writer. We could semi-duplicate the experience virtually in several ways. I volunteered to look into Zoom, which would let us come closest to what we do on Sunday nights (minus the wine, juice, and popcorn, of course).

Even through the sterile black-and-white of email I could feel heels being dug in. I backed off. We didn’t have any sort of meeting on Sunday night.

I’m surprised at how angry I was yesterday about this. It’s not that technophobia is new to me, or to plenty of other editors.  I’ve had clients who use their computers like typewriters, spacing five times for a paragraph indent, hitting return (enter) at the end of each line. These are good writers, and I know how to clean up their mss. PDQ. I was angry because the technophobia of this particular group is depriving all of us of something we value, and because there are alternatives, not as good as the real thing, but hey, they’ll do in the Time of COVID-19.

So I reviewed my own personal history with computers. My first encounter was with a TRS-80 (two 8-inch floppy disk drives!) in my D.C. bookstore job in 1983. This wasn’t your usual IBM Selectric. For about two weeks I was afraid that if I hit the wrong key the whole thing would blow up. Two years later, 1985, the year I moved to Martha’s Vineyard, was also the year I bought my first PC (splurged on a 10MB hard drive). Computers have been a significant part of my life ever since.

Venturing into new territory, however, has several times inspired fear, loathing, and procrastination. In 1994, I chaired the jury for a major fantasy/science fiction award. The other four members were in Boston, San Francisco, Idaho, and Melbourne, Australia. I was the only one who wasn’t online. The others ganged up on me. I joined GEnie’s SFRT (Science Fiction RoundTable) and acquired my first email address: s.sturgis2@genie.geis.net. We actually managed to have conversations across that many time zones. I was hooked.

My next anxiety attack came ca. 1998 when I was recruited to copyedit for a major university press. I was just making the shift from WordPerfect to Word (sniff) and I was a total newbie at Track Changes. I was flat-out bluffing when I implied that I could do it: my experience was like, well, none. But I managed, and I’ve been cruising ever since, with lots of help and tech support from my editor colleagues, some of whom are serious techies.

Working from home, living alone, and being very computer-dependent has made me more resourceful and probably more adventurous than I would be otherwise. (All in all, I’m fairly risk-averse — conservative, even. Except in my politics.)

So I’ve pretty much talked myself out of being pissed off at my fellow writers, but I haven’t stopped hoping that if the shutdown, lockdown, whatever, goes on a while, as it seems it will, and if holding F2F meetings continues to be imprudent, my fellow writers might consider trying Zoom, or at least discussing work via text, and maybe even using the Tab key to indent their paragraphs.

Susanna edits for a living, writes to survive, and has been preoccupied with electoral politics since 2016. She just started a blog about her vintage T-shirt collection: "The T-Shirt Chronicles." Her other blogs include "From the Seasonally Occupied Territories," about being a year-round resident of Martha's Vineyard, and "Write Through It," about writing, editing, and how to keep going.
View all posts by Susanna J. Sturgis →
This entry was posted in musing, public life, technology, writing and tagged community, computers, COVID-19, Democratic Party, health care, risk, West Tisbury Free Public Library. Bookmark the permalink.

3 Responses to Technophobia in the Time of COVID-19