May also brought the advance guard of cutesy-poo plates on out-of-state cars: VINYUD, MVI 66, that sort of thing. There will be more, many more, before summer’s over. I’m not counting them.

In Massachusetts, letting a low-number plate exit the family is sufficient grounds for feud or disinheritance, though no jury would likely buy it as a justification for bodily harm. I’m not averse to feuds and I have no rich relatives, but #6531 will stay within the family when I croak, give up driving, or move out of state, whichever comes first. 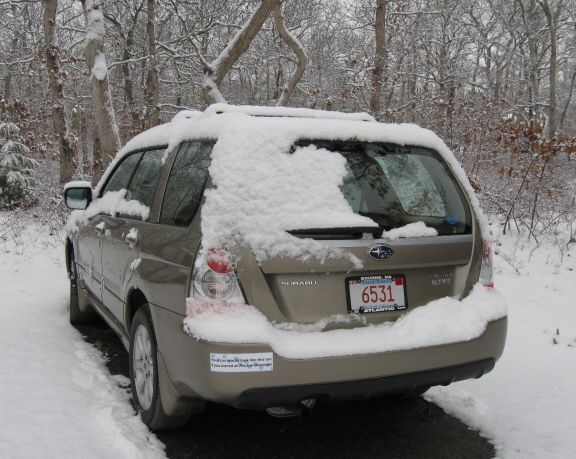 No, it’s not snowing. This is just the first photo I found of Malvina Forester’s license plate.