Has SMF Lost the Plot? 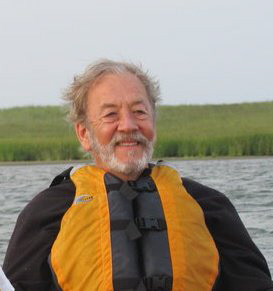 Tom Counter submitted the following letter to both island newspapers. The Martha’s Vineyard Times declined to print it. The Vineyard Gazette has said it was going to print it, but as of last Friday’s paper, it hadn’t appeared. I’m honored to make it available here not only because of its relevance to the struggle now under way between Sheriff’s Meadow Foundation (SMF) and Ben Ramsey and Nisa Counter, but also because of its recounting of an earlier struggle: to fend off overdevelopment on Martha’s Vineyard, and to make it possible for young islanders to buy land, build houses, and raise families here. Tom Counter played a key role in that struggle. He is also Nisa Counter’s father. 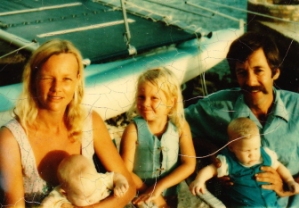 On July 4, 1974, I arrived on Martha’s Vineyard. My daughter, Nisa Counter, was three. MV became her longterm home. She has a fitness business there and has had for many years. She met, fell in love with, and married another longterm resident, Ben Ramsey. Ben is a nephew of the late former Chilmark selectman and land use champion Herb Hancock. Hancock supported and helped to create the “youth lot” requirements in Chilmark. Ben and his family have been Vineyard residents for Ben’s entire life, not only summer.

In 1974 the Island was beautiful and unspoiled. Having grown up in California in the ’50s, I could see what might happen to MV if poorly planned development got out of hand. And it had already begun to. Due to my experience with land planning, engineering, and architecture, I was interviewed by Mary Wakeman for the position of executive director of the Vineyard Open Land Foundation.  I took the job even though the foundation was broke.

VOLF did have a development named Sweetened Water in Edgartown, which included the first-ever “youth lots” on the Vineyard. These five lots, 30% of the project, sold for about 10% of the market-value lots and they were integrated with them. Why? Because that is how the Vineyard tradition existed. My first job was to sell the other lots. The first non–“youth lot” was purchased by Island resident and attorney Ivo Meisner, who believed in the Island concept and years later became the chairman of the VOLF trustees.  Ivo, his family, and the other lot owners lived there for many years adjacent to these “Youth Lots people” with no apparent side effects. The foundation’s philosophy was strongly supported by Henry Beetle Hough, the longtime editor of the Vineyard Gazette and founder of the Sheriff’s Meadow Foundation. Sweetened Water became a successful example.

As director of VOLF I planned, built, and sold (with help) the second VOLF land use project on the Vineyard, which contained another five “youth lots”: Pilot Hill Farm on Lambert’s Cove Road. These lots were also integrated with the market-value lots for the same reason.  Five of the twenty-six lots created equaled about 20% of the lots. Tisbury zoning would have allowed 150 lots with no youth lots. We saved the pastures, meadows, and roadside views and set back houses from the bluff over the beach for the public interest.

These two projects, along with other VOLF projects and planning, helped to set the standards that the Martha’s Vineyard Commission uses today. I understand the MVC requires 10% Island resident lots for land developments now. This reflects the summer/winter population proportions.

Also, as executive director of VOLF for four years and later executive director of the Vineyard Conservation Society for four years, I went with the Dukes County Commissioners to all the town boards of selectmen and planners in the towns in order to help convince them to join forces in creating the Martha’s Vineyard Commission, and later helped with the new planning group.

We supported Henry Hough and later Tom Mendenhall as Sheriff’s Meadow Foundation chairmen because it was and remains a useful tool in the conservation landscape. By plan SMF would accept not-so-perfect titles for land which needed to be preserved, and there were many such lands on MV. Thanks to these early SMF chairmen, much was achieved. Of course, some landowners would get a handsome tax benefit for the gift of these lands with questionable titles, because that issue would not be discussed.

Apparently, now Sheriff’s Meadow wants it discussed. Sounds like a real IRS picnic. It may be time for SMF to prove what they own that would have value in a market where cloudy titles don’t fly. Perhaps SMF should Land Court all their holdings. That should delight their lawyers.

Just last year my daughter Nisa and Ben purchased a parcel of the traditional Hancock family lands in Chilmark from Ben’s aunt, wife of the late Herbert Hancock, in order to finally build a home. For many years Nisa and Ben have been renting substandard rental houses for very high summer prices, which they really can’t afford. The lot they purchased happens to abut Sheriff’s Meadow land, which is not defined by survey, and the house of a “summer resident.”

I went with my daughter to meet the neighboring landowners [Bob and Rona Kiley] to explain that their driveway, which crosses Nisa and Ben’s lot, would not be threatened as good neighbors and that Nisa and Ben’s home would be planned so as to not interfere with their enjoyment of their property. It was a mistake. Instead of offering us a cup of tea, they immediately began a battle by canvassing the neighboring landowners to resist the “youth lot.” This has ended up with Sheriff’s Meadow Foundation bringing suit against Nisa and Ben and an order to not enter their land.

By the way, SMF has offered nothing but threats of suit to Nisa and Ben, unlike what is claimed by SMF executive director Moore. I don’t know who is paying for this, but I believe it to be a misuse of donations for conservation.

In past days, we as conservationists respected Island tradition and would have first looked at the aggregate density of houses in the area to see if it approached zoning of one house per three acres. It appears a good deal less than that in the area. Then we would have looked at the title from all points of view and the “youth lot” tradition in Chilmark. But a lawsuit would not have been our way. In my view it is a device used, in this case, to bully non-wealthy folks. If I were an island attorney I would not touch it, but one has. As an executive director of SMF I would tell the truth and as one on the SMF board I would be ashamed to so abuse the public trust and Island ways.  It appears that all the best intentions of Henry Beetle Hough are being violated by folks who didn’t even know him.

SMF has certainly changed since the early days in which we conservationists worked with and respected Island traditions. In the old days we would have worked out some satisfactory solution with Nisa and Ben, because they do have an interest in the land.  They bought it and have a deed. The year-round Island residents, after all, are the ones that repair, paint, and provide hundreds of services for the summer residents. I think SMF should serve the entire public as a public charity, not just the privileged owners of second or third homes.

Yes, I know that they are expected to protect the conservation lands that they own, but they will have to prove that Herb Hancock, who paid taxes on this land and used it for decades as a wood lot, did not own it. Of course, their bank account will outweigh that of any aspiring “youth lot” owner, but for me and many others who have not yet spoken up, historic and current Vineyard residents, SMF credibility wears thin. Not a very good tribute to Mary Wakeman, Henry Beetle Hough, Herb Hancock, nor Tom Mendenhall or any of the other protectors of the Vineyard way of life. All of this could have been avoided with a little common sense and some kind hearts.

Susanna edits for a living, writes to survive, and has been preoccupied with electoral politics since 2016. She just started a blog about her vintage T-shirt collection: "The T-Shirt Chronicles." Her other blogs include "From the Seasonally Occupied Territories," about being a year-round resident of Martha's Vineyard, and "Write Through It," about writing, editing, and how to keep going.
View all posts by Susanna J. Sturgis →
This entry was posted in Martha's Vineyard and tagged Ben Ramsey, Chilmark, conservation, Nisa Counter, Sheriff's Meadow Foundation, Tom Counter. Bookmark the permalink.

3 Responses to Has SMF Lost the Plot?