Stillness in the Wind

Dylan’s “When the Ship Comes In” has been running through my mind for the last several days. I know it well enough to sing it as I walk, fudging some of the lyrics and mis-ordering some of the verses, but these opening lines I know cold:

Oh, the time will come up when the wind will stop
and the breeze will cease to be breathin’
Like the stillness in the wind before the hurricane begins
The hour when the ship comes in

The run-up to the 2020 election isn’t still at all. The last four years have been getting crazier and crazier, and the last couple of months have been way over the top. But I’m feeling that hush, that waiting, that faith that the ship is coming in.

Sometimes I sing this verse right after the first, though that’s not where it comes in the song:

For years a torrent of words and images have been “used for to get the ship confused,” and their effect has been disastrous, but the ship is coming in anyway. Coming in strong, with all hands setting aside their not inconsiderable differences and pulling together.

It’s not quite “all over but the shouting,” of course. The candidates — all the Democratic candidates, from Joe Biden and Kamala Harris, to all the Senate and House candidates hoping to flip or hold on to their seats, to all the candidates seeking to do likewise in state legislatures and other down-ballot races — aren’t stopping now. Last-minute volunteers are phone banking and text banking, because in the age of Covid-19 there’s very little door-to-door canvassing.

Also thanks to Covid-19, 27 states and Washington, D.C., have expanded access to “absentee” voting, aka mail-in voting. (Five states were already conducting their elections primarily by mail: Colorado, Washington, Hawaii, Oregon, and Utah.) Many millions of voters are getting used to new systems, or voting early when they haven’t done so before.

And of course the current president and the Vote Suppression Party are doing everything they can to limit turnout and discredit the process, ranging from removing drop boxes to filing lawsuits to sandbagging the U.S. Postal Service.

Nevertheless, I do believe that the ship is coming in, and that the words and lawsuits and general chicanery that have been used to throw it off course or delay its arrival aren’t going to work.

One thing I’ve loved about volunteering with Postcards to Voters (PTV) is learning about the amazing Democrats running for down-ballot offices all across the country, and about the districts they’re running in. It’s also brought a bunch of local activists together to write postcards. For those of us who don’t quilt, it’s the next best thing to a quilting bee.

In an effort organized by Indivisible groups, I also wrote a bunch of postcards supporting Democrats Sheila Lyons and Mark Forest for the Barnstable County Commission. We here on the Vineyard are in Dukes County, but Barnstable is Cape Cod so we take an interest in what happens over the water. Also the two Republicans running (one of whom is an incumbent) are, to put it politely, whack jobs.

Postcards to Voters is already gearing up for new campaigns. That’s another thing I’ve learned: there’s always an election going on somewhere, and candidates who could use our help to get out the vote. Mailing deadline for all 2020 campaigns, however, was this past Tuesday; a day later if you live in the same state or one next door to the candidate, which I didn’t. It’s not too late to sign up!!

So at the moment PTV wants to send handwritten postcards thanking everyone who donated to make this outfit grow exponentially since it began very small in early 2017 to support Jon Ossoff’s run for Congress from Georgia. (He came close, and now he’s running for the U.S. Senate.) I’m all in with that!

Since I started with PTV, I’ve been making my own postcards with the help of Avery templates and postcard stock. (You can find a few of my early efforts here.) For the most part, I’ve used a different template for each campaign, but for my “donor appreciation” cards I went back to the very first design I used: for Doug Jones in his successful campaign in the special election for the U.S. Senate from Alabama in December 2018. That was an upset win, and his bid for re-election to a full term in that deep red state is considered at best a toss-up, but hey, when the ship comes in, all things are possible.

Here’s the card. The ship is coming in, and this is a big part of why. 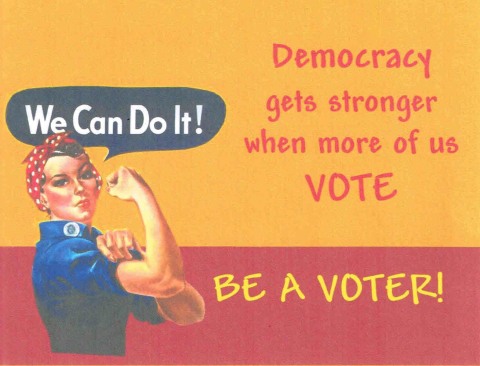 Susanna edits for a living, writes to survive, and has been preoccupied with electoral politics since 2016. She just started a blog about her vintage T-shirt collection: "The T-Shirt Chronicles." Her other blogs include "From the Seasonally Occupied Territories," about being a year-round resident of Martha's Vineyard, and "Write Through It," about writing, editing, and how to keep going.
View all posts by Susanna J. Sturgis →
This entry was posted in music, public life and tagged COVID-19, Democrats, election 2020, music, politics, Postcards To Voters, voting. Bookmark the permalink.