In recent months I’ve edited or read several books that deal with peoples and nations dispersed, usually by war, sometimes by political upheaval, often by a combination of both. The matter of community has fascinated me for a long time — see “On Community” for a previous blog post on the subject — so you know I’m paying close attention to the stories in these books, even while I’m rearranging words, fixing punctuation, checking the spelling of names, and asking the author if my somewhat out-on-a-limb changes are OK. 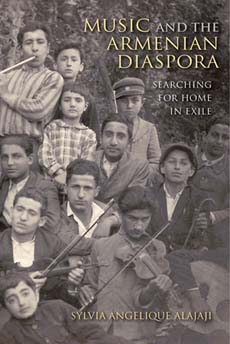 One book was about music in the Armenian diaspora. Armenians were periodically persecuted in the Ottoman Empire. In the early years of World War I, persecution became full-bore genocide. The Armenians were driven south into the Middle East, which was in turmoil due to the war, the disintegration of the empire, and the political machinations of the Europeans, notably the British and the French. Many of the survivors settled in Lebanon, where they formed a cohesive, visible community among other cohesive, visible communities. Others came to the United States. Armenian communities took root and grew in several U.S. locales, including New York and California.

Lebanon itself disintegrated with the onset of civil war (1975–1990). The children and grandchildren of the Armenians who had found refuge in Lebanon now fled and found refuge in the U.S. (The book I worked on explores the often-tense relationship between the new arrivals and those whose families had been in the States for several generations. It won’t be out till late summer: Music and the Armenian Diaspora: Searching for Home in Exile, by Sylvia Angelique Alajaji, from Indiana University Press. Very worth checking out.)

My editing jobs deal with different subjects and arrive from various places, but often they coalesce into a startlingly cohesive whole. So it’s more serendipity than mere coincidence that I just finished editing Terrorist University, a novel based on the author’s experiences during the Lebanese civil war — and yes, one character is Armenian. The author grew up in Lebanon, in a small town where he was related to most of his neighbors. The war blew the town, the neighborhood, and the family apart. He and many family members and friends now live in Canada. (This novel is already available. It’s part thriller, part coming-of-age story, and it’s available in print and as an ebook. Highly recommended: Terrorist University, by A. E. Sawan.)

A current job deals with the disintegration of the Soviet Union and the extreme economic and political dislocation that resulted. To add to the mix, I just read, belatedly, Khaled Hosseini’s justly celebrated first novel, The Kite Runner, which takes place in Afghanistan and among Afghani exiles in California. In Kite Runner, as in Terrorist University, a functioning society is destroyed by war, scattering many of the survivors to distant places and transforming the world left behind.

And of course I see news reports from the Middle East every day, grim reports from a long-unstable region that was further destabilized by the (many expletives omitted) U.S. invasion of Iraq.

What, you are wondering, does any of this have to do with Martha’s Vineyard?

I’m getting to that. The answer is “a lot.” Books like Terrorist University and The Kite Runner focus attention on the people on the ground, the people the bombs are falling on, the people who are being forced out of their homes, neighborhoods, and communities — which are not only their support systems, but a key aspect of their identity.

On Martha’s Vineyard a similar dislocation is well under way. It’s harder to see because no bombs are falling, no armies invading; no one is being forced from their home by law, at gunpoint, or for fear of being killed. On the Vineyard the dislocation is economic. Apart from the Civil War, much dislocation in the U.S. has historically been economic: people moving west and south in search of land and jobs.

Two major exceptions to this are the peoples who lived on the continent when the Europeans arrived and African Americans in the South in the century following the Civil War. The native tribes were violently forced off their lands and onto reservations. The political and economic oppression of black people in the South was enforced by blatant terror tactics, prompting the Great Migration northward in the first half of the twentieth century.

On Martha’s Vineyard there are no armies or lynch mobs, no guns or bombs. Dislocation is done quietly, nonviolently, with rising property values and the cost of housing. For some it happens twice a year, when they move out of their winter quarters and into temporary summer digs. For many it happens once, when they pull up stakes and move away. Their roots remain here, they come back to visit, but they are no longer year-round residents.

Likewise, the newcomers and not-so-newcomers are comparing the Vineyard now to the off-island places they recently or not-so-recently left, not to the Vineyard of previous decades. It looks a lot better than most of those off-island places, doesn’t it. What they often don’t realize is that there’s more to community than recognizing people on the street and going to potlucks. Community is a web of relationships, based on family, proximity, and mutual dependence. And with every longtime Vineyarder who leaves, that web frays a little more.

Susanna edits for a living, writes to survive, and has been preoccupied with electoral politics since 2016. She just started a blog about her vintage T-shirt collection: "The T-Shirt Chronicles." Her other blogs include "From the Seasonally Occupied Territories," about being a year-round resident of Martha's Vineyard, and "Write Through It," about writing, editing, and how to keep going.
View all posts by Susanna J. Sturgis →
This entry was posted in Martha's Vineyard, musing, work and tagged community, housing, politics. Bookmark the permalink.