When we drive, walk, or bike past the Mill Pond, most of us slow down and glance sideways to see what’s happening. Something always is, though it’s easy to miss if one cruises through at 35 miles an hour — which is way over the speed limit. The return of the swans promises that spring is here to stay, and reminds us that, as Tennyson wrote, “Tho’ much is taken, much abides.”

Last year Bob and Bobette, as the swans are widely known, raised a family. We watched in fascination. We worried when they vanished to parts unknown (possibly nearby Tisbury Great Pond) and rejoiced when they came back. We grieved when a young swan fell victim to one of the snapping turtles that lives in the pond, despite the heroic efforts of our animal control officer to save it.

These photos of 2013’s swan family were taken by Martina Mastromonaco, Chilmark beach superintendent, dedicated Dumptique volunteer, and a wonderful photographer. She moderates three groups on Facebook: “Martha’s Vineyard where are you,” “Where am I on Martha’s Vineyard,” and “Martha’s Vineyard were was I?” Even if you know the Vineyard well, her photos and those of other regular contributors will show you the island from new angles, in different lights. 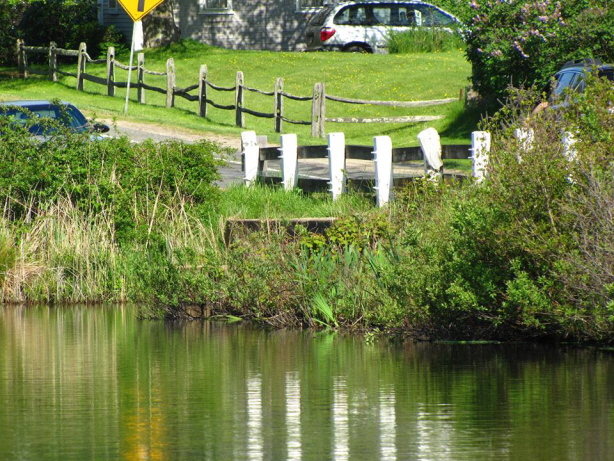 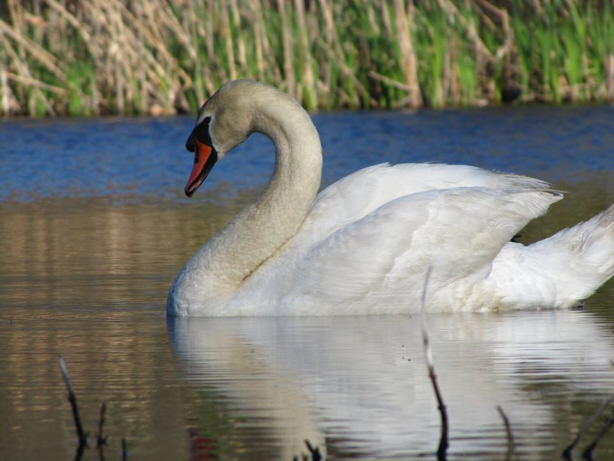 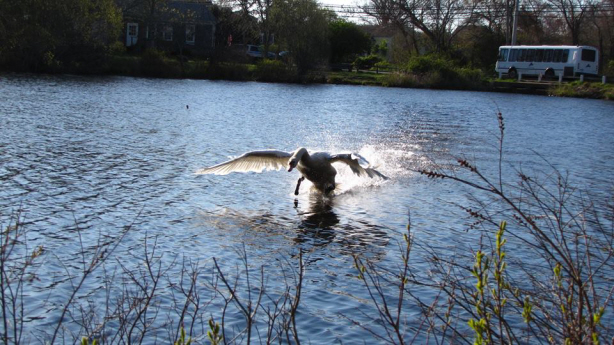 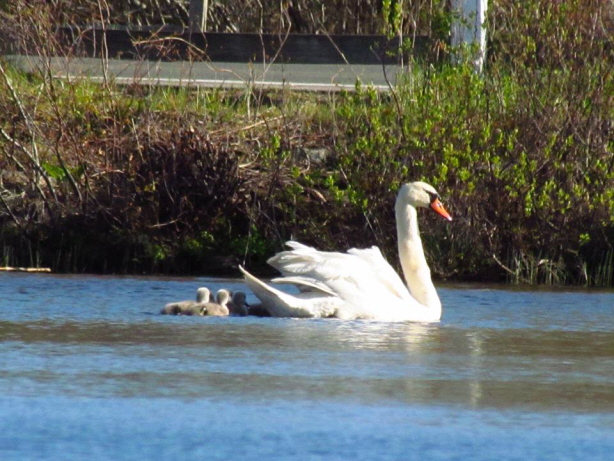 Bobette and her brood pay less attention to passersby than passersby pay to them. 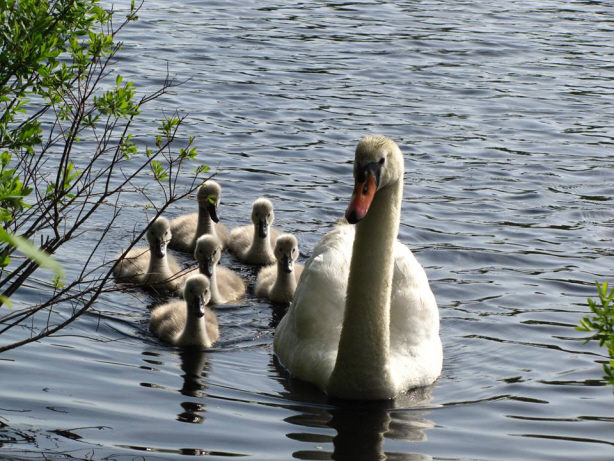 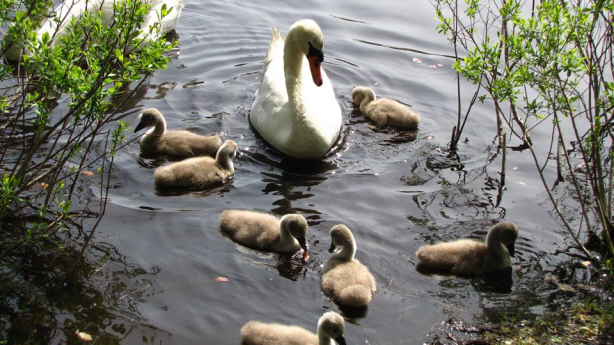 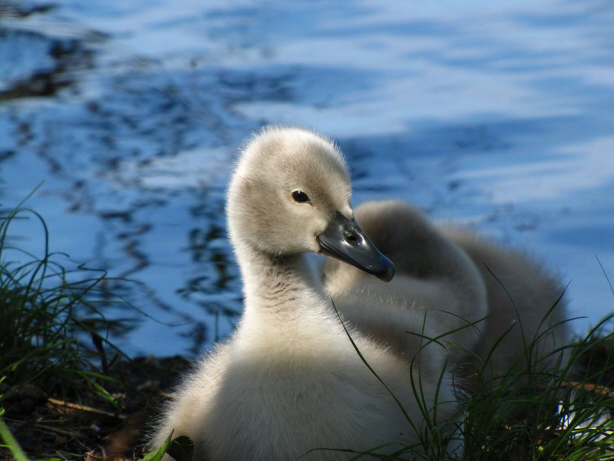 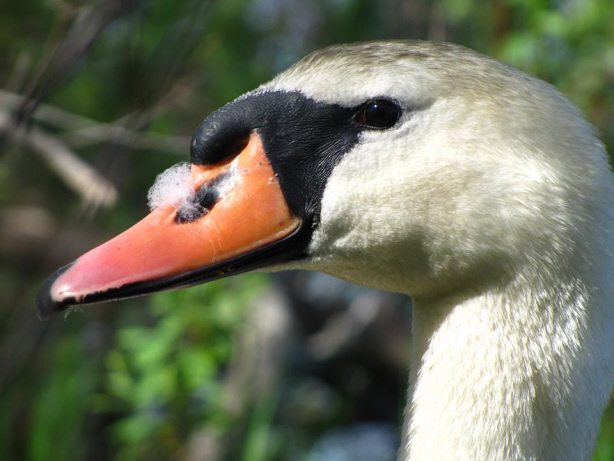 All photographs © 2014 by Martina Mastromonaco

Susanna edits for a living, writes to survive, and has been preoccupied with electoral politics since 2016. She just started a blog about her vintage T-shirt collection: "The T-Shirt Chronicles." Her other blogs include "From the Seasonally Occupied Territories," about being a year-round resident of Martha's Vineyard, and "Write Through It," about writing, editing, and how to keep going.
View all posts by Susanna J. Sturgis →
This entry was posted in outdoors and tagged birds, Martina Mastromonaco, photography, West Tisbury. Bookmark the permalink.