Last fall, Vineyard voters voted overwhelmingly in favor of legalizing the use of marijuana for medicinal purposes, but some people are queasy about having a registered marijuana dispensary (RMD) anywhere close to a school, public park, or their own neighborhood. Sound familiar? People think wind power is a great idea but they don’t want to look at turbines. They’re addicted to cell phones but think cell phone towers rearrange your molecules and cause cancer. Etc., etc., etc.

Martha’s Vineyard being an island, it’s difficult to find a location that (a) isn’t in anyone’s backyard, and (b) hasn’t been locked down tight with conservation restrictions, but I’m here to tell you that yesterday I came upon the most unbelievably 100% perfect place to stick RMDs, sewage treatment centers, rendering plants, and all the other things Vineyarders don’t want to look at, think about, or smell. It’s got everything. Like security:

Public Order out here is totally under control, mainly because the public is nowhere in sight and unlikely to show up any time soon.

Check out the sanitation:

Even a recreational facility, if you can persuade the dog to move: 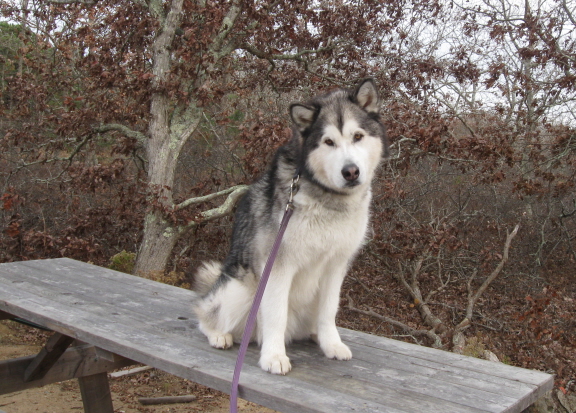 Public safety is under control too. See? A fire hydrant. True, it’ll take an awfully long hose to get from here to the site, but that’s not our problem, is it?

Besides — fire shouldn’t be an issue because there’s nothing out here to burn.

Except trees, of course.

Cool, huh? Look at all that potential. And the nearest residence is at least half a mile away, so the kiddies will be safe from all those marauding sick people and their friends. 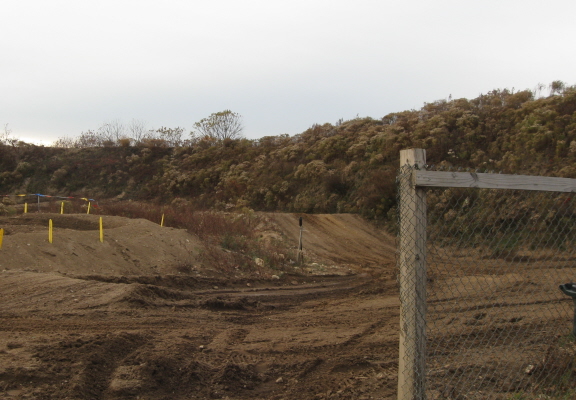 Susanna edits for a living, writes to survive, and has two blogs going on WordPress. "From the Seasonally Occupied Territories" is about being a year-round resident of Martha's Vineyard. "Write Through It" is about writing, editing, and how to keep going. She also manages the blogsite for the Women's Committee of We Stand Together / Estamos Todos Juntos, a civic engagement group on Martha's Vineyard.
View all posts by Susanna J. Sturgis →
This entry was posted in Martha's Vineyard, outdoors. Bookmark the permalink.