Last February, having been on Facebook for just over a year, I blogged about why I liked it. I listed four Vineyard-specific things I liked. One of them was MV Stuff 4 Sale. Kim Hilliard, massage therapist and musician, had started the group only a few weeks before and already, I noted in wonder, it had 500 members.

The group’s description is spare, like haiku: “Yard-sale style. Join the group. Post pics of stuff you have for sale, or stuff you’re looking to buy. Find Stuff. Get Stuff. Support Local. Recycle. Spam-Free. Easy.”

I’ve bought stuff, sold stuff, and given stuff away through MV Stuff 4 Sale. I love it. I more than love it. It’s a wonder. 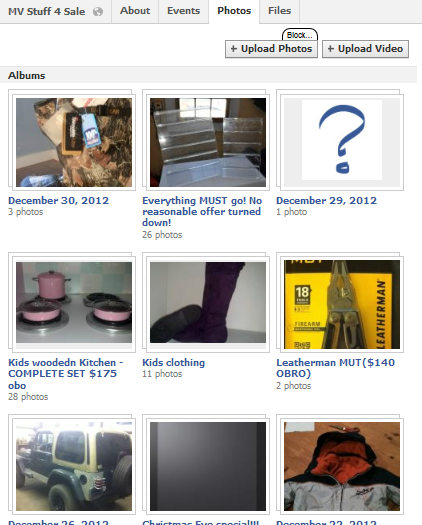 You can get almost anything you want, and stuff you didn’t know you wanted, at MV Stuff 4 Sale.

Each time I’ve bought, sold, or given something away, I’ve met someone I didn’t know, or knew only from a distance. Deals are made in cyberspace, but the goods are passed hand to hand, face to face, in the real world, on the real Martha’s Vineyard.

Even when I’m not selling or looking to buy anything (which is most of the time), I drop in frequently to see what other people are trying to unload. Kids’ clothing. Computer games. Motorcycles. Furniture of all sorts. Jewelry. Plants. Pots. Pottery. 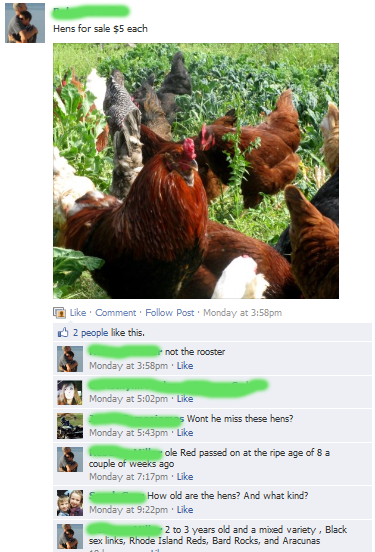 A few weeks ago someone offered hens for sale, $5 each. I wasn’t in the market for hens, but I learned a bit from the Q&A that followed the initial post. One person worried that the rooster in the picture would miss his hens. Turns out the rooster had passed on not long before.

In the barely 18 years of its existence, the World Wide Web has given rise to countless marketplaces, where sellers connect with buyers and stuff changes hands.

MV Stuff 4 Sale is not eBay. It really is like a yard sale that’s open 24/7: neighbors buying from neighbors and calling up friends to say “Hey, come look at this — weren’t you looking for one of these?”

Confusions, conflicts, and miscommunications do arise. Founder Kim Hilliard has been an amazing moderator, encouraging contentious parties to work things out. And we are working it out, improvising ground rules to facilitate communication and make the group work better. The sheer volume of stuff has been an issue for many. Recently the question came up: Could crafters use the group to sell their work? After much discussion, the general agreement was, No, not a good idea: MV Stuff for Sale is more yard sale than artisans’ fair. But out of the discussion came at least one group dedicated to the crafters.

MV Stuff 4 Sale is a local phenomenon with beyond-local implications. There must be groups like this all across the country and around the world. The physical world and the cyberworld can interact in amazing ways. Watch this space. We’re making it up as we go along. 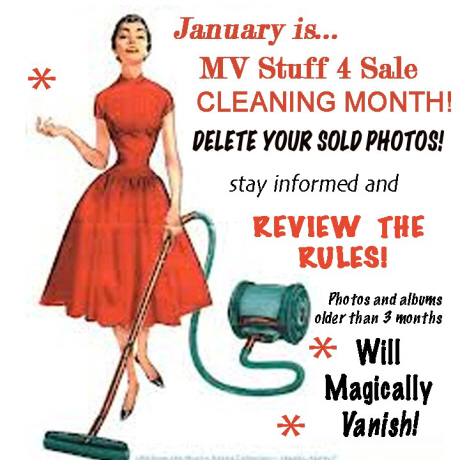 With characteristic good humor, moderator Kim Hilliard reminds group members to clean up after themselves.

Susanna edits for a living, writes to survive, and has been preoccupied with electoral politics since 2016. She just started a blog about her vintage T-shirt collection: "The T-Shirt Chronicles." Her other blogs include "From the Seasonally Occupied Territories," about being a year-round resident of Martha's Vineyard, and "Write Through It," about writing, editing, and how to keep going.
View all posts by Susanna J. Sturgis →
This entry was posted in Martha's Vineyard, public life, technology and tagged community, cyberspace, Facebook, island economics, Kim Hilliard, MV Stuff 4 Sale, stuff, year-rounders. Bookmark the permalink.