Not quite a month ago I posted “Walking for RBG,” about a scheme to honor Ruth Bader Ginsburg, raise money for several pro-woman causes, and spend more time in the great outdoors. I chose the Run/Walk 87 Miles Challenge option. The miles can be accumulated over time, and I don’t need to tell you I had no intention of running.

So this past Friday, a dreary, drizzly, unseasonably warm morning, I passed the 87-mile mark. Here’s my virtual certificate:

I’d sworn never to take my phone on walks, but I needed it to keep track of miles. I installed the Map My Walk app and changed my vow: I would not make or take phone calls or texts on walks. I’ve pretty much kept to that, but I’ve often used the phone to take photos. Since I was already in the habit of doing this with my point-and-shoot, I don’t consider it cheating.

Statistics can only tell you so much, and I don’t want to become one of those people who knows the price of everything and the value of nothing (as an Oscar Wilde character described a cynic), but at the same time I’ve learned a few things from packing my phone on my walks.

My expanded morning walk loop. I alternate clockwise and counterclockwise.

Like my regular morning loop around the neighborhood is 2 miles almost on the nose, not the 3 to 3.5 I’d been guesstimating. When time allows, I’m now expanding the loop to bring the total up to 2.5.

My evening walks are usually a little under 1.5 miles. My daily total is around 4 miles, not the 5 I’d been guessing.

The Map My Walk app tells me both my average pace and my fastest pace for each walk. My average works out to just under 3 miles per hour. My fastest works out to 4. I’ve long believed that my usual walking pace was about 4 miles an hour. The slower average must have something to do with the fact that I’m always walking with Tam, who moves briskly but stops often to sniff or mark a tree. When he stops, I stop but the app doesn’t.

I could test this theory by going for a walk without Tam, but he would have quite a bit to say if I tried it. The Map My Walk app has a Dog Walk setting. Would it compensate for all the stops and starts of walking with a dog? I tried it. The results were identical to the Walk setting, so I guess not.

Several of us local activist types are doing the Run/Walk for RBG challenge and keeping track of our progress (with maps and photos) in a Facebook group. I was the first to reach 87 miles, and #2, very close behind, also has a dog — more than one dog, as a matter of fact. Moral of story: If you want to walk more, get a dog. Truth to tell, though, I did it backwards. I walked regularly, so friends would ask me to take their dogs with me. One thing led to another and eventually Rhodry came into my life. I’ve been walking with a dog ever since.

Thanks to our Facebook group, I finally figured out how to do screenshots with my phone. I get nearly all my tech support from YouTube, but this was a challenge because the technique seems to differ from phone to phone, even those from the same manufacturer. So if you’ve got a Samsung Galaxy J7 and haven’t figured it out yet: Press the volume button (on the left) and the power button (on the right) at exactly the same time. (It seems to help if I press both buttons at their lower ends, but this may be magical thinking on my part.) The edges of the screen will close in a bit — click! — and voilà, the image appears in your Gallery.

Speaking of galleries, here are some photos from my recent walks, some in the neighborhood and others further afield. 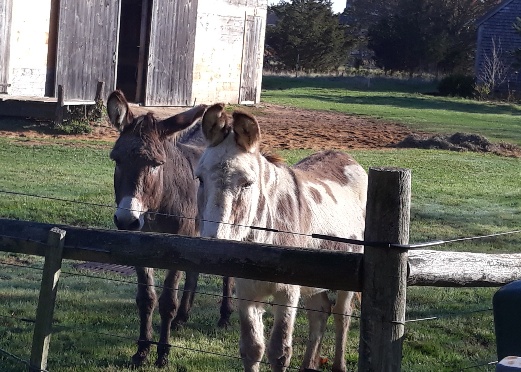 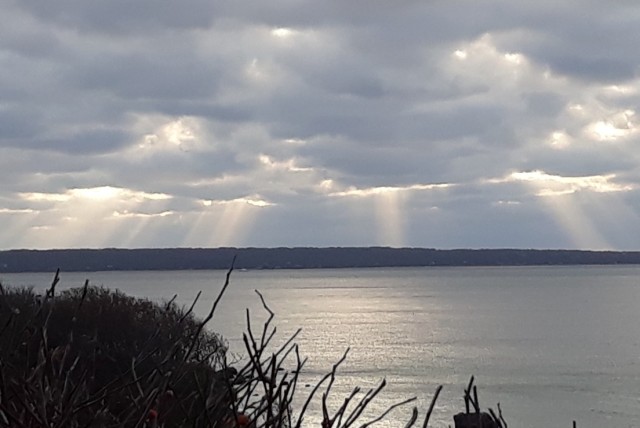 Susanna edits for a living, writes to survive, and has been preoccupied with electoral politics since 2016. She just started a blog about her vintage T-shirt collection: "The T-Shirt Chronicles." Her other blogs include "From the Seasonally Occupied Territories," about being a year-round resident of Martha's Vineyard, and "Write Through It," about writing, editing, and how to keep going.
View all posts by Susanna J. Sturgis →
This entry was posted in dogs, outdoors, technology and tagged bike path, Facebook, my neighborhood, Rhodry, Tam Lin, walking, West Tisbury. Bookmark the permalink.

3 Responses to 87 Miles (and Counting)