Note for the mystified: Kore is my Windows 10 laptop. My car is Malvina Forester, but the writer in me couldn’t resist the alliteration of “car” and “Kore.” The editor in me is thinking of sticking a hyphen in “carless,” even though Merriam-Webster’s Collegiate and the Chicago Manual of Style would be horrified. “Car-less” and “Kore-less” are better balanced, and doesn’t “carless” look at least a little bit like “careless” to you?

Yesterday morning I dropped Malvina Forester off at Angel’s Body Shop. Finally the busted headlight cover and front end damage incurred in our run-in with a deer late last September are going to get fixed.

Deer run-ins are not uncommon on Martha’s Vineyard. (The dent below the headlight happened three years ago but since Malvina still ran fine I didn’t bother to repair it.) Neither is waiting three months for an appointment at the body shop. I contemplated taking Malvina off-island to get the work done, but the hassle! the hassle! Driving to Hyannis or Bourne would be no big deal, but getting back to the boat? I’ve yet to use either Lyft or Uber, and besides, I’m cheap.

Hitchhiking is still done on Martha’s Vineyard, though far less than it used to be. I’ve done it in the last year or so, but since Malvina is likely to be in the shop till the end of the week, I invested in an annual bus pass. These are a tremendously good deal if you’re over 65: only $40. However, yesterday morning, having had breakfast at the Black Dog Café, I had no sooner taken up position at the bus stop near down-island Cronig’s than a friend swung by and gave me a ride back to West Tisbury. 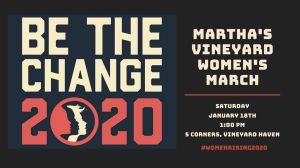 I generally only use the car three or four days a week. The post office and up-island Cronig’s are within walking distance, and I’m a walker. Naturally, as soon as Malvina isn’t waiting outside, I’m immediately aware of everything I can’t do, at least not without strategizing, like return the novel I’m reading to the library. (It’s not due till the end of the month.) But nearly all my end-of-week commitments — co-op pickup and memorial service for Martin Luther King and Rabbi Abraham Heschel late Friday afternoon; Women’s March rally on Saturday — are accessible by bus, and the one that isn’t — postcard party in Katama on Thursday night — I can probably bum a ride to.

Now for the Kore part of the story. Monday a week ago Kore’s screen started dimming, on/off, on/off, like it was trying to tell me something. A few minutes later I noticed that the battery was low, WAY low, like about 3%. Since Kore is almost always plugged in, this was very odd. I checked the surge protector: it was on. I checked the plug: it was firmly plugged in. I checked the cable: ditto. The battery dropped to 2%, 1%, then Kore shut down completely. WTF?

I did not panic. Hekate, my old Windows 7 laptop, still works. Her own keyboard is sticky as hell but her wireless one works fine — and all my active folders and then some are backed up in Dropbox. Besides, my current editing job is on paper, and when I’m editing on paper, I use my (nameless) smartphone for consulting dictionaries, Chicago, and Google. I was, however, puzzled. This did not feel like a hard drive crash, and I could see no reason for the battery to be dead.

So off I went to the tech department at EduComp, toting Kore in her messenger bag. At first Kevin was puzzled too, then he noticed that the cable connecting Kore to the adapter was frayed. It wasn’t a big fray, but the metal wires were showing through the covering. Was that enough to keep juice from getting to the battery? Kevin thought yes.

I took Kore home, ordered a new cable and adapter from Dell, and got reacquainted with Hekate. Windows 7 and Windows 10, and Word 2010 and Word 2016, are like different dialects of the same language; in other words, going back to the earlier versions was a little disorienting but not all that difficult. However, I couldn’t for the life of me remember where Win7 hide Word templates (finally had to ask my online editors’ group), and for some reason CameraWindow wouldn’t recognize my digital camera even after I’d updated it. I could live without them for a few days.

I shelled out for expedited delivery, so the cable and adapter were supposed to arrive last Wednesday. When they hadn’t showed up by Thursday, I called Dell customer service. The order had glitched and had to be placed again. This gave me several extra days to wonder what I’d do if the new cable didn’t solve the problem, but this was not too big a deal: if Kore couldn’t be fixed, setting up a new computer is a hassle, but it can be done.

As soon as I plugged the new cable in this morning, Kore woke up. Whew. She’s now fully charged. I’ve had a little talk with Tam Lin, who was almost certainly responsible for the frayed cable, and have resolved to pay more attention when he starts rummaging for his toys in the vicinity of the surge protector (which he has more than once inadvertently turned off).

I also patted myself on the back. For about 25 years, I was totally unprepared for a computer disaster. I had only my desktop, Dropbox didn’t exist, and my backups were, to put it mildly, haphazard — even though I was very computer-dependent. This time round I barely missed a beat.

I think I’m just as ready to be carless for a while. Malvina’s repair prognosis was “four or five days.” I’m hoping this means “by the end of the week,” but since there’s a holiday weekend coming up, it might be longer. Either way, I’m ready.

Susanna edits for a living, writes to survive, and has been preoccupied with electoral politics since 2016. She just started a blog about her vintage T-shirt collection: "The T-Shirt Chronicles." Her other blogs include "From the Seasonally Occupied Territories," about being a year-round resident of Martha's Vineyard, and "Write Through It," about writing, editing, and how to keep going.
View all posts by Susanna J. Sturgis →
This entry was posted in home, technology and tagged computers, getting around, Malvina Forester, Tam Lin. Bookmark the permalink.

3 Responses to Carless and Kore-less