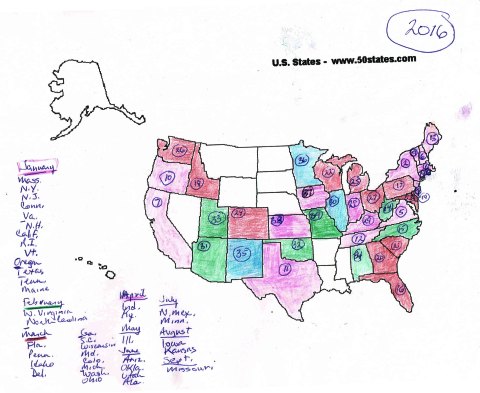 Just one September sighting: Missouri. Fall pickings are notoriously slow in the license plate game, so this may be it for the year. Eleven states are still blank on the map. On the other hand, Nevada, Wyoming, and Louisiana aren’t all that rare, and didn’t I spot Nebraska in the last days of December 2015?

It ain’t over till it’s over.