Yellow season was well under way before I noticed it this year, probably because April was cool and everyone was bitching about how winter would never end. True, there was enough ice in Travvy’s outdoor water dish to make an ice disk on April 21, but by 8:30, when we set out for our morning walk, the temp was in the high fifties (F) and all that remained was a wet spot on the deck.

Mid-spring is yellow season on Martha’s Vineyard. Daffodils, dandelions, forsythia, and buttercups. After months of subdued winter colors, yellow is startling. Vibrant. Here’s some of this spring’s yellow. 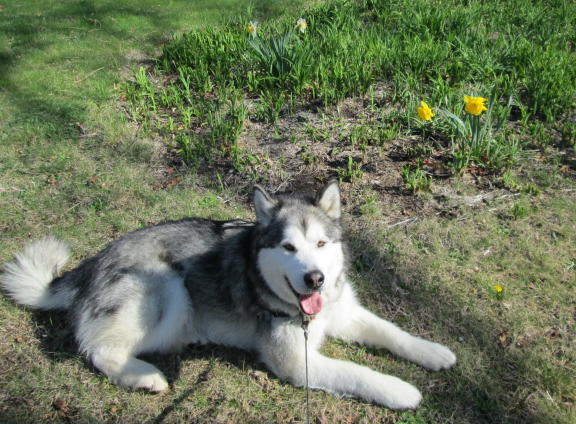 The daffodils have mostly gone by, but Trav still has a few to hang out with. Trav also hangs out with dandelions.

Forsythia is everywhere, close up . . . 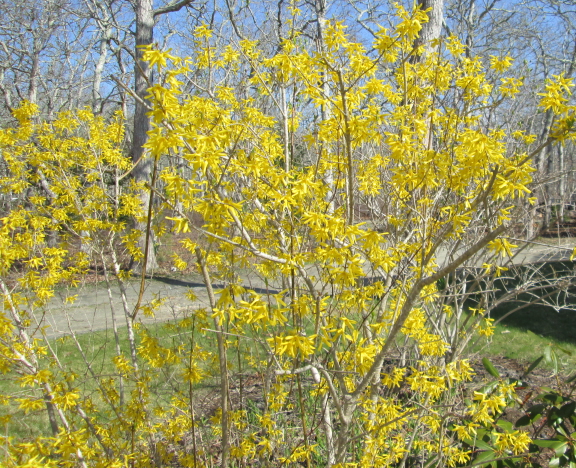 In my neighbors’ yard

A house that Trav and I often walk by 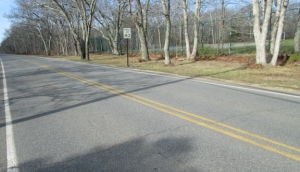 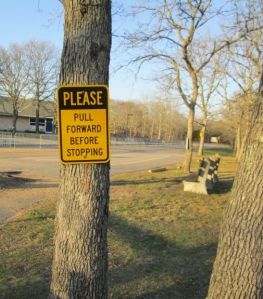 This two-tone fir is in at the edge of a summer neighbor’s yard. New growth is lighter than old growth, but it isn’t usually this yellow. I’m going to keep my eye on it and see if it turns green. 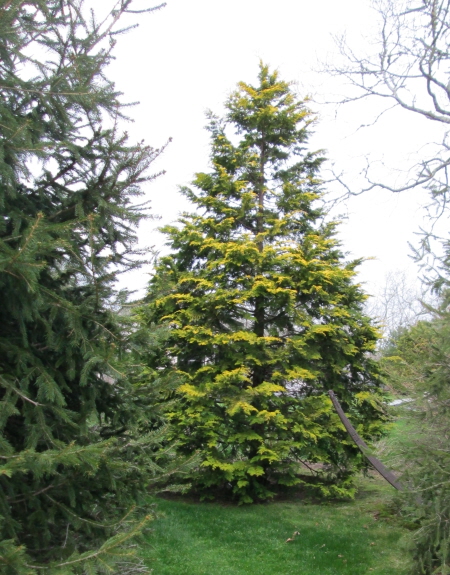 The heap under my outside stairs is probably the closest I’ll ever come to having a proper Vineyard yard. Note that there’s yellow in it. I’m not sure where that bucket came from. 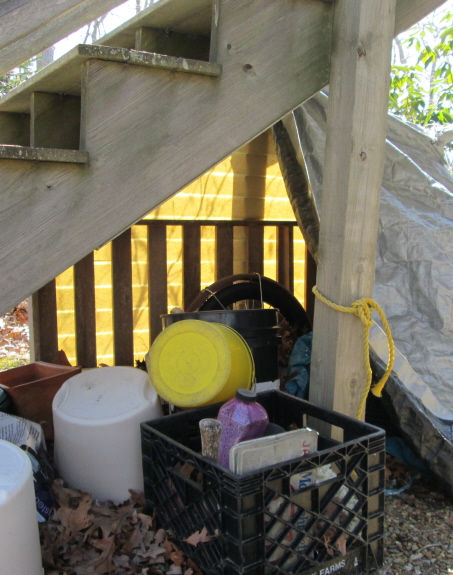 My new theory is that the green gets greener because it leaches all the yellow out of the landscape. My yellow turtleneck is about to get put away for the summer with all my fleecies and woollies and other warm clothing. It’ll be back in the fall.

Susanna edits for a living, writes to survive, and has been preoccupied with electoral politics since 2016. She just started a blog about her vintage T-shirt collection: "The T-Shirt Chronicles." Her other blogs include "From the Seasonally Occupied Territories," about being a year-round resident of Martha's Vineyard, and "Write Through It," about writing, editing, and how to keep going.
View all posts by Susanna J. Sturgis →
This entry was posted in outdoors and tagged my neighborhood, spring, Travvy, walking, West Tisbury. Bookmark the permalink.