Saturday morning I arrived at the Ag Hall a little after the appointed hour of 10 a.m., and already most of the tables and chairs were in place. I fell in with the crew: helped move a few tables, set trash barrels in strategic places, lined the barrels with heavy-duty plastic bags, put tablecloths on the tables and flowers on the tablecloths . . .

I’m always saying that Martha’s Vineyard couldn’t organize itself out of a paper bag, but this is not true. Political organizing we’re not so good at. When it comes to practical organizing, however, we’re a human beehive. We mobilize as if our individual tasks were embedded in our genes. In barely an hour the Ag Hall — a beautiful but dauntingly huge and vacant space — was transformed into a banquet hall and dance floor. 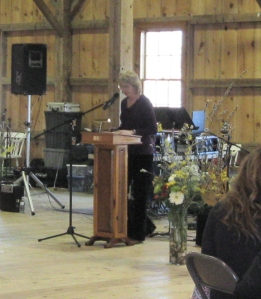 Deborah Mayhew, Todd’s partner, organized the organizers and emceed at the memorial celebration.

The occasion was a memorial celebration of the life of Todd Follansbee. Todd died unexpectedly last September 14. He was my age, 61. I didn’t know Todd all that well, but our paths crossed many times, usually at music events or on Facebook, and he was the key instigator of the 60th birthday bash two years ago — a party for the ages, and not only because I was among those turning 60 that year. His partner, Deb Mayhew (also of the 1951 cohort), is the daughter of Shirley Mayhew, a writer, photographer, and generally cool person who’s in my writers’ group. (See her September 2012 guest blog about the memorial service for her husband, Johnny, who died in January 2012.)

Todd lived on Martha’s Vineyard only five years, but it’s as though he was a Vineyarder before he arrived. Trust me, I don’t say that about many people. Maybe I’ve never said it about anyone. It’s not just because he’d been an avid sailor since childhood and was totally at home on the water. It’s not just that his relationship with Deb brought him into the Mayhew clan — the Mayhews are descended from the very first European settlers on Martha’s Vineyard and are related one way or another to just about everybody on the island. 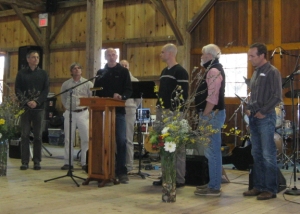 Members of Todd’s men’s group talked about how Todd had brought them together.

So what was it? Many people arrive here, ooh and aah about how beautiful and special it is — and immediately set about trying to make it more like the place they just left. Not Todd. Todd understood from the get-go that what makes the Vineyard special is the connections among its people. (It took me years to figure this out.) Listening to his sisters, daughters, and lifelong friends speak at the celebration, I realized that he’d always known this. What made Todd really, really special was his ability to foster those connections, both on a grand scale, as with the 60th birthday bash, and in out-of-the-limelight ways, as with the men’s group he catalyzed and the little things he did for people.

One of the speakers said that Todd not only connected with other people, he got other people to connect with each other. Exactly. And there we all were — a cross-section of us, anyway — under one roof, living, laughing, dancing evidence of his influence. (That roof, by the way, was literally raised by this community. You can read all about it in Susan Klein and Alan Brigish’s Bountiful: A History of the Martha’s Vineyard Agricultural Society.) 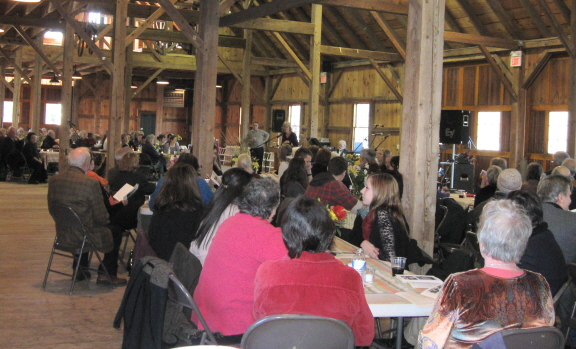 A glimpse of the main hall 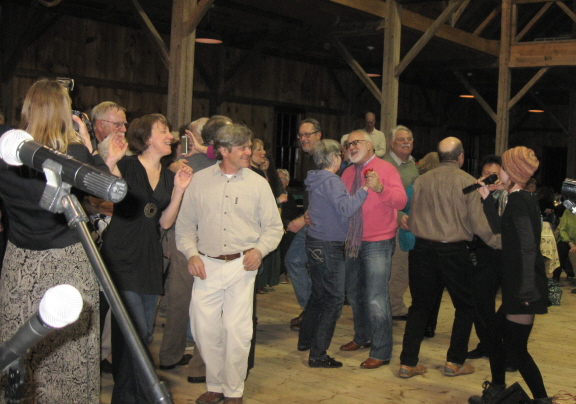 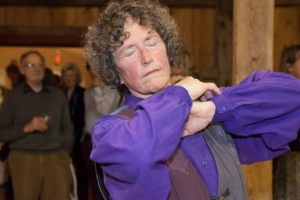 To the landbound eye, Martha’s Vineyard looks isolated from what we like to call “the real world.” To the seafaring eye it’s connected to that world in all directions. In the age of sail, Vineyard whalers and merchant mariners traveled the world. They brought home stories, and sometimes wives, from distant places. Seamen from elsewhere, like Portugal and the Cape Verde islands, decided this was a good place to drop anchor for good.

Todd Follansbee was one of those people who sailed in and never left. The island, often (for good reason) clannish and wary of strangers, took him in and, in only five years, was changed — not in a disruptive or dramatic way, more in the way of yeast working in dough. Yeast gives energy to the gluten lattice that makes the bread rise. What is a lattice if not a network of connections?

Two images recurred when people spoke of Todd. One was the shooting star: appearing suddenly, blazing across the sky, then vanishing as abruptly as it came. The other was the lighthouse (Todd was a guide at the Gay Head Light): a beacon to show mariners the way home. I’ll add yeast, and I’ll add sailing: the sailor can’t control the wind or the water, but he works with them to make headway. One sailor is gone, but his journey goes on. 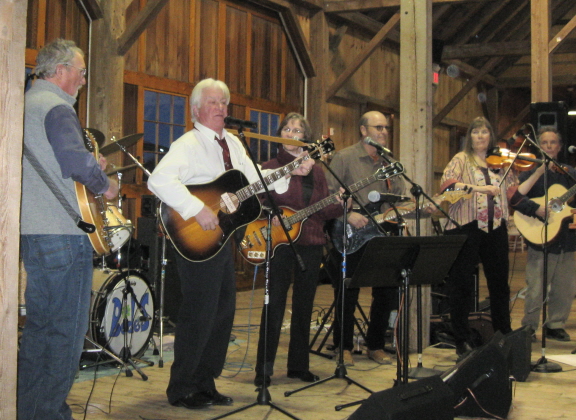 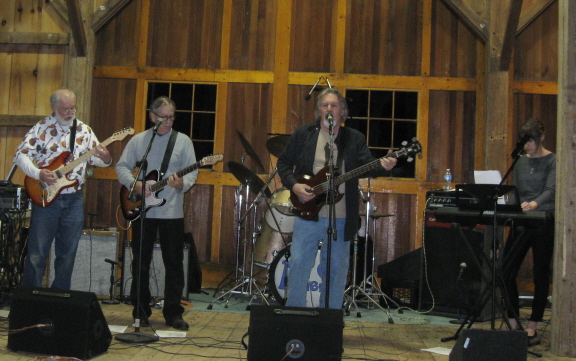 Band #2: The Bodes, an eminent island rock band of the ’60s — and they still rock on. Lucy Mayhew (right, on keyboards) wasn’t part of the original lineup, but her dad, Jack Mayhew (far left, on guitar), was.

Susanna edits for a living, writes to survive, and has been preoccupied with electoral politics since 2016. She just started a blog about her vintage T-shirt collection: "The T-Shirt Chronicles." Her other blogs include "From the Seasonally Occupied Territories," about being a year-round resident of Martha's Vineyard, and "Write Through It," about writing, editing, and how to keep going.
View all posts by Susanna J. Sturgis →
This entry was posted in Martha's Vineyard, music and tagged Ag Hall, community, music, Todd Follansbee, year-rounders. Bookmark the permalink.