When I moved to Martha’s Vineyard in the summer of 1985, I’d saved enough money to take a frugal year off from my frugal real life and work on the novel I’d started a few years before, tentatively titled Coming Around. The novel’s protagonist, Jamie, leaves her job at a university press to take a job on the Vineyard, managing the small horse farm where she spent many summers growing up. 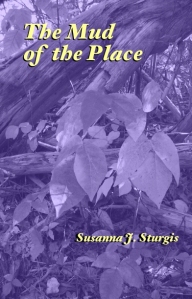 My first three years here I barely looked at the novel. I wrote mostly poetry. I continued to write essays and reviews for feminist, lesbian, and gay publications, and after I went to work for the Martha’s Vineyard Times (1987 or 1988), I started writing theater reviews, occasional feature stories about the local arts scene, and even a few op-eds. In the early 1990s I started experimenting with one-act plays and short stories. One of the latter, “Deer Out of Season” (1994), became the springboard for The Mud of the Place, my first and so far only novel. I didn’t get down to serious work on Mud until 1998.

In retrospect, this makes perfect sense. Novels require plenty of compost. In 1985, having paid short visits to the Vineyard for 20 years, I didn’t know diddly about the place, and most of what I did know was shallow. Compost? Nowhere close. Poems are more like snapshots, first impressions that can be shaped into images. They grow pretty well in thin, sandy soil with only so-so drainage.

When the editors of Talking Writing, a very good e-zine that features all kinds of writers writing about all kinds of writing, asked if I’d contribute an essay to their forthcoming issue on images and words, my “yes!” was immediate. I’d been itching for years to explore the challenges of writing about a place that most people know only from images in the mainstream media. I especially wanted to write about how my background as a reviewer and editor of fantasy/science fiction had helped me do it.

“World-Building Martha’s Vineyard” was just launched into cyberspace. Check it out. If you’re interested in writing of any kind, a subscription to Talking Writing is worth way more than they’re charging for it, which is nothing.

P.S. I never finished Coming Around and probably never will, but it had a major impact on my life. Running through my head when I made the crazy decision to move to Martha’s Vineyard (only for a year, mind you) was “If Jamie can do it, so can I.” I grew up with horses and belonged to a 4-H horse club through junior high and high school, but when I arrived on the island, horses were in my distant past. I assumed they were going to stay there. By the end of the 1990s, I had my first horse in 30 years. I’m pretty sure Jamie and her friends had a hand in that too.

Susanna edits for a living, writes to survive, and has been preoccupied with electoral politics since 2016. She just started a blog about her vintage T-shirt collection: "The T-Shirt Chronicles." Her other blogs include "From the Seasonally Occupied Territories," about being a year-round resident of Martha's Vineyard, and "Write Through It," about writing, editing, and how to keep going.
View all posts by Susanna J. Sturgis →
This entry was posted in Martha's Vineyard, writing and tagged horses, Martha's Vineyard Times, Mud of the Place, science fiction, Talking Writing, writing, year-rounders. Bookmark the permalink.

3 Responses to Writing About MV