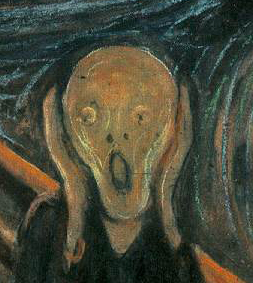 Contrary to earlier reports, in the newspapers as well as in this blog, voters in only five of the six island towns will get to express their opinion about the proposed roundabout in a non-binding referendum this spring.

Guess who’s being cut out of the game?

You’re way ahead of me: It’s the voters of Oak Bluffs.

Oak Bluffs, without whose board of selectmen the roundabout would have died before it ever got to the drawing board. Oak Bluffs, whose residents are about as enthusiastic about the roundabout as those in the other five towns — which is to say “not at all.”

The explanations seem a little muddled. The town administrator claims that the petition wasn’t submitted in time. This is not true: it was submitted at least 90 days before the town election. The selectmen discussed it at a subsequent meeting, but they did not vote on it; a vote is required to put a referendum question on the ballot. Why didn’t they vote? Good question. Maybe because that would have forced the roundabout boosters, led by Greg Coogan, to put themselves on record as saying that they didn’t care what the town’s citizens think?

So why, in their infinite wisdom, is the Oak Bluffs board of selectmen pulling this latest in a series of fast ones? The referendum is non-binding, facrissake. At this point, it seems only an executive order can stop the rush to roundabout. The citizens of Aquinnah, Chilmark, Edgartown, Tisbury, and West Tisbury will all have a chance to express at least a non-binding opinion — but not the citizens of Oak Bluffs, in whose name the deed is supposedly being done.

Remember the fable of the frog and the scorpion? Scorpion asks Frog to ferry him across the river. Frog says, No no no, you will sting me and I will drown. Scorpion says, Why would I do that? If I sting you, you will drown but I will drown too. So off they go, and halfway across the river Scorpion stings Frog and down they both go. Why? cries Frog with his last breath. Because this is Oak Bluffs, says Scorpion.

Susanna edits for a living, writes to survive, and has been preoccupied with electoral politics since 2016. She just started a blog about her vintage T-shirt collection: "The T-Shirt Chronicles." Her other blogs include "From the Seasonally Occupied Territories," about being a year-round resident of Martha's Vineyard, and "Write Through It," about writing, editing, and how to keep going.
View all posts by Susanna J. Sturgis →
This entry was posted in Martha's Vineyard, public life and tagged Oak Bluffs, roundabout, town government. Bookmark the permalink.