I’m not going to be out there on South Road waving when your motorcade goes by, and you won’t notice me craning for a glimpse of you when you visit the fair or hit the fairways or check out some chi-chi bistro for dinner. You won’t notice me, because I won’t be there.

I mean no disrespect, of course. On Martha’s Vineyard, August is the cruelest month. In August most of us are working two or three jobs and/or entertaining a continuous procession of guests from off-island. By the middle of August we’ve been doing it non-stop for two months at least and we’re getting a little stressed. Imagine, Mr. President, if you had total strangers traipsing through the Oval Office 24/7, looking at you, talking about you, and asking you for directions to the Lincoln bedroom. Your tolerance might, just might, get a little frayed. 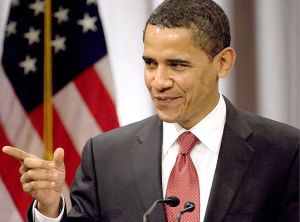 You, like thousands upon thousands of other summer visitors, have come here for a break. The fact that here is Martha’s Vineyard doesn’t really matter. Summer people come here to schmooze with other summer people. Summer Martha’s Vineyard is rather like “official Washington” that way. Movers, shakers, and move-and-shake wannabes pour in from all 50 states and countries beyond to schmooze, glad-hand, back-stab, and generally carry on with other movers, shakers, and move-and-shake wannabes. Unofficial Washington is as far off their radar as year-round Martha’s Vineyard is for the thousands upon thousands of summer visitors now thronging our roads and beaches.

I know this: I lived in unofficial Washington for 11 years. “D.C.: Last Colony” and the Seasonally Occupied Territories have quite a lot in common, not least our invisibility to the occupying forces.

This summer, though, it’s not primarily work or crowds or overload that’s keeping me off the streets. It’s politics. Usually Vineyarders do our heavy politicking in the spring. For obvious reasons we don’t do much politicking in August. This August, however, we’ve got not one but two major issues on our summer table. One involves a roundabout that a few think is the bee’s knees but many, many of us think is unnecessary. The other involves a conservation organization using its financial clout to grab an island couple’s property.

In many ways the two struggles are different, but in one they’re very similar: they’re both about power overreaching itself. Not unlike the Republicans holding the federal budget (and by implication the whole country) hostage during the recent and deplorable battle over the debt ceiling, eh? As above, so below.

I’ve managed to get myself mixed up in both issues, and hence my time is even more limited than it usually is this time of year. And that’s why you won’t see me craning for a glimpse of you when you go out in public.

But if I should happen to run into you on one of the dirt roads near where I live, or out in the woods while I’m walking with my dog, I’d be glad to tell you more. Better still, what say you come back, perhaps incognito, in October? Then we’ll have plenty of time to talk.

Susanna edits for a living, writes to survive, and has two blogs going on WordPress. "From the Seasonally Occupied Territories" is about being a year-round resident of Martha's Vineyard. "Write Through It" is about writing, editing, and how to keep going. She also manages the blogsite for the Women's Committee of We Stand Together / Estamos Todos Juntos, a civic engagement group on Martha's Vineyard.
View all posts by Susanna J. Sturgis →
This entry was posted in Martha's Vineyard, tourism and tagged August, President Obama, roundabout, Sheriff's Meadow Foundation, summer people, Washington DC. Bookmark the permalink.