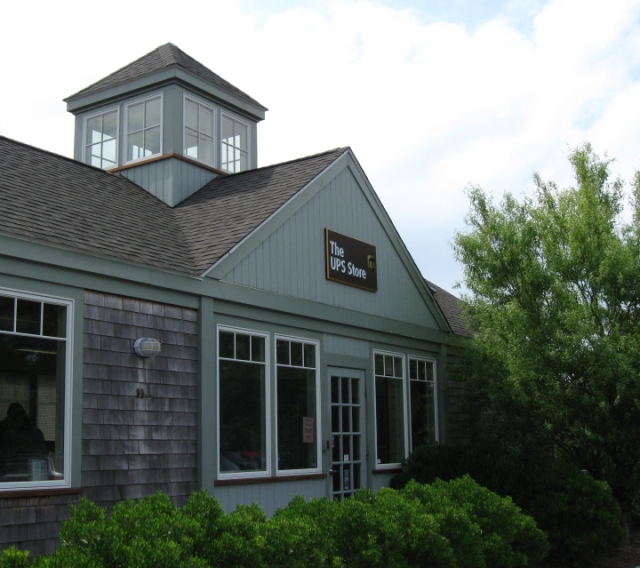 My editor at the Women’s Review of Books needed the scan of an album cover to accompany my review of Alix Dobkin’s My Red Blood: A Memoir of Growing Up Communist, Coming onto the Greenwich Village Folk Scene, and Coming Out in the Feminist Movement (wonderful book, by the way; Alyson Books, 2009). My scanner couldn’t oblige, and calling around I couldn’t find anyone who could make a print-quality scan from a 12 1/2 by 12 1/2 inch original. UPS to the rescue. I sent the album cover — three of ’em, in fact — off yesterday afternoon.

No island is an island, and UPS, along with the other freight carriers, is part of the reason. The UPS Store arrived on Martha’s Vineyard in 2005; the big brown trucks were familiar sights on island roads for decades before that. By 2005 at least half my editing jobs were arriving electronically, but New York trade publishing was and still is very much wedded to paper. My trade clients overnight me the manuscripts, I edit them with red (occasionally green) pencils, and overnight them back by the appointed deadline.

Before the UPS Store, I drove to the Mailroom in Edgartown to return manuscripts to a publisher client that picked up the cost for FedEx. The rest of the time I used the U.S. Postal Service’s Express Mail. This made my clients nervous at first, but Express Mail was close to drop-dead reliable and they got used to it. Then a precious parcel arrived in New York several crucial hours past the guaranteed time, and in trying to ascertain what had gone wrong — and get a refund — I got into a phone squabble with a snippy USPS employee in Providence. I didn’t get my refund, but the UPS Store was in place by then so I haven’t used Express Mail for work again either.

When my right retina detached in August 2004, I’d been off-island exactly once in the preceding two and a half years, and that was a day excursion by small plane to a horse event in New Hampshire. My friends were horrified. I was a little surprised myself. But I wasn’t exactly cut off from the outside world. I’d been online for ten years by then and in regular communication with writers and editors, horse and dog people, from literally all around the world. And for five years close to 100% of my livelihood had been coming from off-island, via the internet, UPS, FedEx, and the U.S. Postal Service. I was crossing Vineyard Sound several times in a single day, all the while my physical self remained at home.

I believe that being grounded in a place, rooted in a place, knowing a place, and — maybe most important — letting yourself be affected by a place are all incredibly important. I belong here more deeply and fully than I’ve ever belonged anywhere. But still I spend plenty of time on the virtual plane, involved in lives that are taking place in Ireland, Ontario, Indiana, Utah, Australia, and a few dozen other places. It’s a delicate balance I’m trying to maintain, here and not-here at the same time.

Susanna edits for a living, writes to survive, and has been preoccupied with electoral politics since 2016. She just started a blog about her vintage T-shirt collection: "The T-Shirt Chronicles." Her other blogs include "From the Seasonally Occupied Territories," about being a year-round resident of Martha's Vineyard, and "Write Through It," about writing, editing, and how to keep going.
View all posts by Susanna J. Sturgis →
This entry was posted in Uncategorized and tagged Alix Dobkin, sense of place, UPS, UPS Store. Bookmark the permalink.

8 Responses to Here and Not-Here