Has this been a spectacular fall for color, or am I just paying closer attention? Friends on the Vineyard and elsewhere in southern New England have been marveling as well, so I know it’s not just me.

This morning the oaks in my neighborhood are battened down for winter. There’s a little ice in Trav’s outside water dish. Here’s a belated tribute to November color and other signs of fall.

A guy and his chainsaw 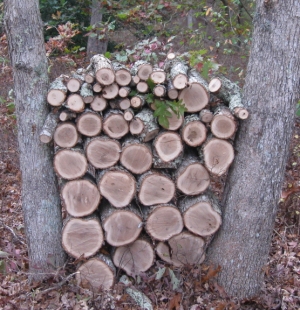 Logs from a tree that was too close to the driveway

It’s easy to see the truth of the adage “Wood warms you twice.” I get to watch my neighbors saw and split and stack. My little heater uses propane.

. . . but as I walk along it, I see the Bradford pear glowing in the middle of my neighbors’ lawn. 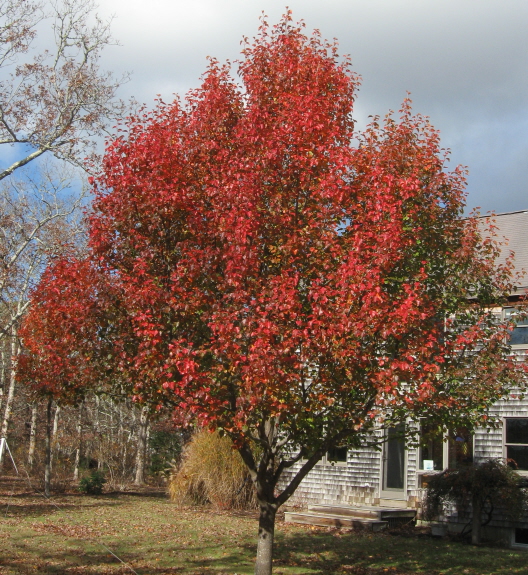 Two Bradford pears nearby are smaller but just as bright. 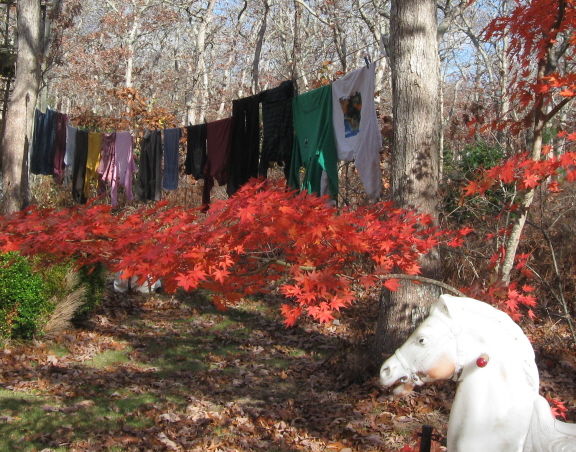 November laundry is mostly somber, but the Japanese maple near the clothesline isn’t. 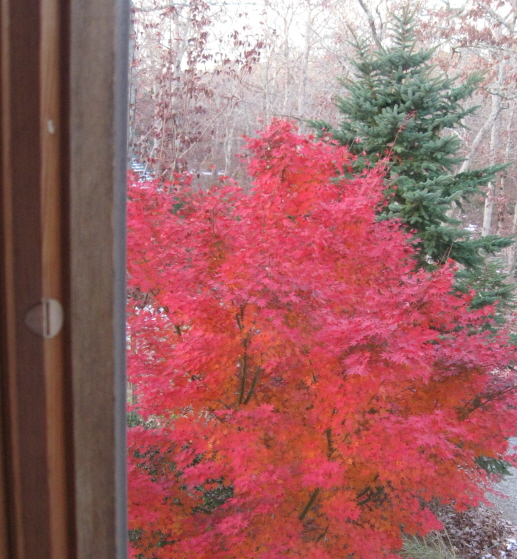 Speaking of Japanese maples, this is what I see out my window every morning when I open the curtains and pull up the shade. Worth getting out of bed for, yes?

Here it is again, from the outside, eclipsed by a big fir, with my second-floor apartment in the background.

In November, the greens look greener — at least when they’re not being upstaged by Japanese maples and Bradford pears. 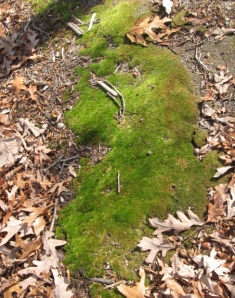 In deep winter, brambles stand out. They’re the only green in the scrubby undergrowth. In November I don’t notice them till they wrap around my legs.

Trav and I walk around this field several times a week, 52 weeks a year. It’s gone quiet now — but isn’t the sky blue? 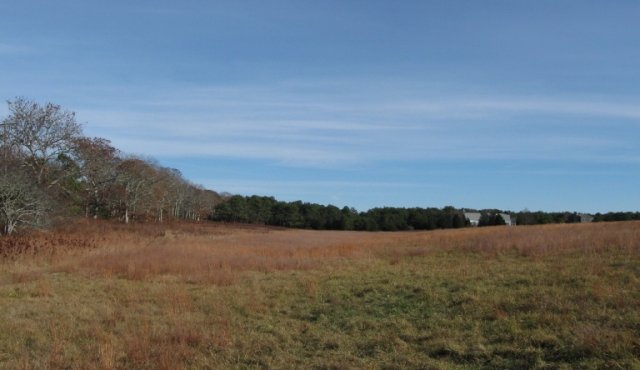 Susanna edits for a living, writes to survive, and has two blogs going on WordPress. "From the Seasonally Occupied Territories" is about being a year-round resident of Martha's Vineyard. "Write Through It" is about writing, editing, and how to keep going. She also manages the blogsite for the Women's Committee of We Stand Together / Estamos Todos Juntos, a civic engagement group on Martha's Vineyard.
View all posts by Susanna J. Sturgis →
This entry was posted in Martha's Vineyard, outdoors and tagged fall, my neighborhood. Bookmark the permalink.